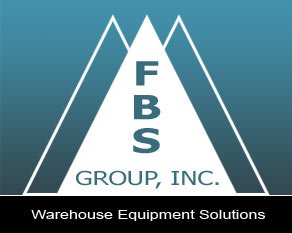 The focus of FBS’s Rack Inspection Guideline is to promote and maintain a safe working condition in the warehouse environment. The factors for determining rack safety are:

Each of these items is defined below.

Storage rack, like any other structure, depends on its form for its structural integrity. Once the form is compromised, the load carrying capacity of the member is reduced. Generally, once the rack member has been deformed, particularly in the area of the corner radii, it will no longer carry its rated load. Types of conditions that can compromise the structural integrity of the storage rack include:

The majority of rack damage usually occurs incrementally rather than catastrophically. It is easy to recognize a frame leg that has been damaged from one major impact and is now bent so badly that it is no longer touching the floor, as being in need of repair. It is more difficult to understand why a frame or beam that has sustained repeated minor impacts over months or years and appears “merely” dented, maybe in need of repair just as badly.

The frame may still support some indefinable load, but it will not support the maximum design load. For example, a damaged rack structure may support relatively light loads today, but will it support the heavier skid loads that may be required by the business in the future?

FBS inspectors will attempt to identify those locations that will no longer carry the original rated load, but we will attempt to take into account the locations where the customer indicates it does not have a need for the maximum load.

Product application refers to the proper rack for the type of material being stored. There are many different types of storage rack and storage rack configurations. In most businesses, applications and profiles of storage rack periodically change. Rack that worked well for pallets of one type of product may not work well for a different product type. As a portion of the rack inspection, FBS will compare the currently stored material in the rack and will note locations where there appears to be overloading.

Overloading can happen in two ways. The first type of overloading occurs when the gross weight for a pair of loaded beams is exceeded. The second type of overloading occurs when the gross weight of the total load is at or under the rated value per pair of beams. This happens where the load is “point loaded”, that is where the load is concentrated on a small portion of the supporting beams or distributed very unevenly. In this case, the worst situation occurs when the point of concentration occurs at or near the center of the beam pair. For example, assume there are a pair of 120” beams that will accommodate three pallets. The catalogue states that this pair of beams is rated to 5,000 lbs. per pair. If a 3,500 lb. pallet is placed in the center position and two 700 lb. pallets on either side the total load is 100 lbs. under gross rated value. However, this rack may still be overloaded. As with any load carrying member, rated loads are assumed to be distributed evenly along the length of the rated member.

In a warehouse environment, information as to how much a pallet weighs is probably not immediately available. One way overloading is determined is by measuring the amount of beam deflection present. All load beams, structural or roll formed, will and are allowed to deflect, or sag, a certain amount. According to the Rack Manufacturers Institute, a roll formed beam has an allowable deflection of the length (of the beam) divided by 180. This means that for our 120” beam mentioned above, the allowable deflection would be .667”, a little more than 5/8”. Anything in excess of this amount indicates an overloaded condition and further investigation and unloading may be necessary.

During a rack inspection, FBS will attempt to identify loose, missing or damaged fasteners (including, welds, nuts, and bolts, anchor bolts and load locks, snap locks and other various locking devices on beams). Overtime, through use and abuse, fasteners can become loose or damaged to the point that they are no longer able to provide their original function. The most common deficiency found in this area is to the load locks and snap locks. These devices, while they don’t carry any loads them- selves, prevent the beam end plates from being up lifted and becoming disengaged from the slots in the column. During the loading and unloading process, loads and fork trucks may disengage or damage these devices. In the case of a disengaged load lock or snap lock, the locks need to be re-engaged. Damaged devices need to be replaced.

Occasionally anchor bolts become sheared off from fork truck impact. If the column is not damaged FBS will ordinarily drill and install an anchor bolt in the second hole provide in the footplate. It must be noted that this is only acceptable in non-seismic zone locations. For seismically active areas, consult specifications appropriate for your zone regarding the minimum distance allowed between anchor bolt holes. In seismic areas, a certified engineer will have to approve a new base plate which will have to be welded on. In summary all fasteners are inspected for the purpose of determining the overall structural stability of the rack system. Damaged or missing items must be replaced in a structurally correct manner.

While conducting a rack inspection, it is common to find various accessories missing or damaged. Most likely, these accessories were originally installed to protect the rack structure or enhance safety. The FBS inspection attempts to identify those issues related to:

Typical issues that are identified are wire mesh decks and/or crossbars installed at tunnel bays in a row of rack. These were originally installed or should have been installed to provide protection against pallets and product from falling on, machinery and/or people below. Other components include impact protectors and guards of various sorts. FBS attempts to determine where important components originally installed should be restored.

Modifications refer to non-engineered additions to the original rack structure. The primary items of concern are items that introduce loads to, or change the original structural design of the rack system. In this area, welded on items are the major, though not the only concern. Welding anything to the rack structure, even if the item is of seemingly inconsequential weight, can seriously affect the member it is welded to. The weld itself can be a problem. For example, a bad weld with undercutting and holes blown through the rack member will compromise that member. However, even a superficially good weld in the wrong direction can be a problem. For example, horizontal welds on rack columns normally do not add strength to the structure. Only vertical welds on the rack columns are considered adequate.

In addition, the structure should be inspected for improperly installed column repair kits. FBS inspectors have observed these repair kits installed without the splice cuff, with all or portions of the backer column removed, and lacking the specified weld per the manufacturers specifications. This causes the repaired frame to remain in an unknown condition with regard to load capacity.

As with any work involving retrofit or repair, it is not possible to locate every area of weakness in a rack installation, as the rack may be many years old and / or may have been modified over the years. FBS’s inspectors will work to address the issues described above.

This inspection guideline is intended as a general description of the issues FBS reviews in a customer’s rack facilities when a customer purchases our Rack Inspection Program. This brochure should not be relied on, by an independent inspector, as an adequate description of how this type of inspection is to be performed, as no brochure can adequately convey the judgment required. A Rack Inspection Program requires careful inspection by a qualified person knowledgeable in rack and capable follow through by a qualified repair contractor working together with the inspector.